One of the most beautiful traditional feasts of Provence. Every year it brings together all farmers of the region and their flocks, more than 4000 sheep, lambs and rams as well as goats and donkeys of transhumance framed by herders in traditional costume parade the morning around the city centre.

The practice of seasonal movement of animal flocks exists from Neolithic times. As the weather began to get warmer some 4000 years ago, it became necessary to move grazing herds to greener pastures and higher ground to find food. 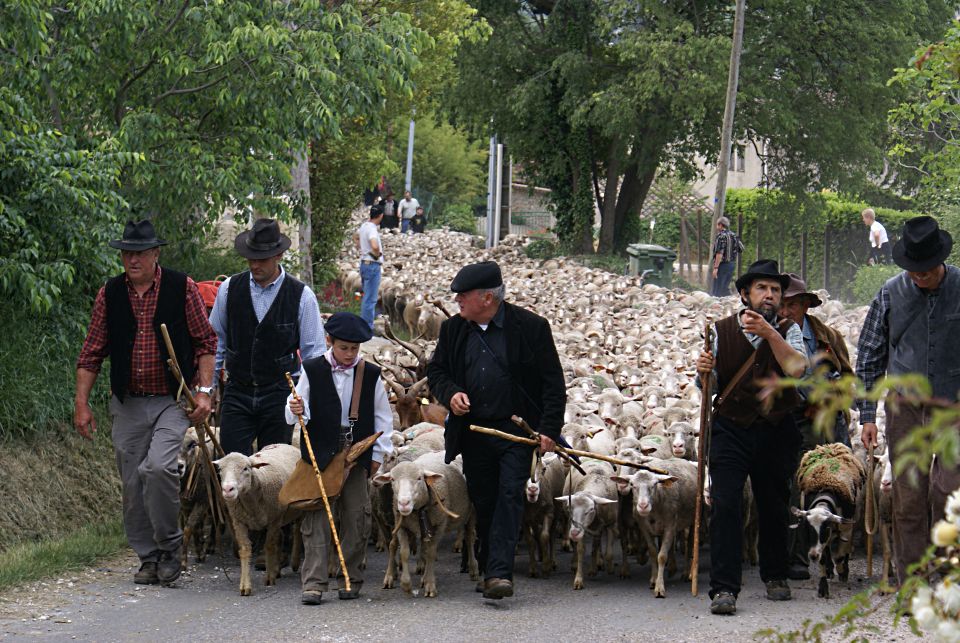